The History of the Shortino Family Foundation 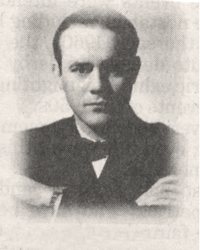 Leo was born in San Jose, CA, the son of Italian immigrants, Vito and Rose Sciortino. He grew up during the depression where he learned firsthand about poverty, hard work, and the importance of a good education. Leo graduated from Bellarmine College Prep in 1936 and went on to San Jose State University. This was no easy task for a married man supporting his family working part time.

Leo served in the Army during World War II, then completed a Masters Degree in Education, and went on to work as a teacher and later as a principal.

At the age of fifty-six, Leo retired from education and began investing full time in real estate. He was a shrewd investor and frugal business man, successfully parlaying his small real estate holdings into a considerable fortune.

Leo’s passion in life was his music. He was an accomplished jazz pianist and performed professionally throughout the Bay Area. He was also an avid hunter and fisherman traveling the world pursuing fish and game. He enjoyed collecting cars and loved his “Caddies.”

Leo wanted to help the less fortunate and disadvantaged people of Santa Clara Valley, particularly underserved youth and their families. To that end, in 1990, he established the Leo M. Shortino Family Foundation, which supported many charitable causes during his lifetime.

He left a large portion of his estate to the Foundation to continue his philanthropic work in the community. Leo is survived by two daughters and two grandsons.